Read thoughts and ideas from SCS - Simon and Neil.

Nest Labs, the home automation company bought by Google for $3.2 billion last year, has launched its first new product since the acquisition – a home security camera

Google-owned thermostat and smoke alarm maker, Nest Labs, has announced it is moving further into the ‘connected home’ with the launch of its first security camera, called Nest Cam.

Nest Cam builds on the features of Dropcam – the start-up Nest acquired for $555m (£326m) in 2014 – including the ability to upload videos to the cloud and live stream them to a smartphone or computer.

However, Nest has added a slew of new features including full high-definition (1080p) video quality, improved night vision and a new design with a magnetic base that can twist around, bend at an angle, or be mounted upside down.

“It was always a no brainer that a camera would have a place in the home,” said Lionel Paillet, Nest’s general manager for Europe. “We spent a lot of time building on the Dropcam experience to nail it and really get it right.”

Nest Cam has a 130-degree viewing angle and a glass lens with a digital zoom that can magnify the picture up to eight times, allowing users to see fine details even from across the room.

Eight infrared LEDs and new algorithms have been added to improve night vision and motion detection. Nest Cam is smart enough to tell the difference between a torch and sunlight, so it won’t get confused and switch to day mode if an intruder shines a light at it. 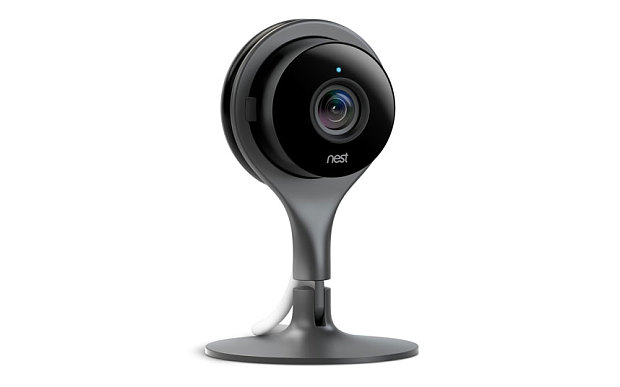 The Nest Cam costs £159 and will be available to purchase from a range of retailers including Amazon, John Lewis, Currys, PC World and B&Q.

For an additional monthly fee, users can subscribe to the Nest Aware cloud service, which allows them to scroll through 10 days of content for £8 per month or 30 days for £24 per month.

All video is stored and processed in the cloud. This allows Nest Cam to provide more accurate alerts when it detects movement in the house, and identify areas where common false alarms occur, like shadows moving across ceilings.

Users can make and share up to three hours of clips, including timelapses, and create custom ‘activity zones’ around areas of interest – such as a door – so they can be alerted to anyone coming in or going out.

“The cloud is not just used for video recording, but when you stream back to your phone, it can also be used for image processing – whether it’s algorithmic or to enhance resolution in certain areas or just get more depth, and you do that in real time,” said Mr Paillet.

The Nest Cam has a built-in microphone and speaker, so the user can talk to whoever is in their home via the smartphone app. Nest said that all data is encrypted in the cloud and while it is being transmitted between devices, to ensure it remains private and secure.

Although the primary purpose of the camera is home security, Nest also sees the potential for it to be used as an entertainment device. Nest is piloting the ability for users to stream directly to YouTube Live from a Nest Cam.

Unbox Therapy creator Lewis Hilsenteger, American videographer Devin Graham and YouTube personality Justine Ezarik have all been taking part in the pilot, giving viewers a behind-the-scenes look at their lives.

Nest said that some of the most popular camera feeds will stream directly to Nest’s own YouTube channel, so people can see live video of everything from puppies to scenic landscapes.

The launch of Nest Cam coincides with a refresh of the rest of Nest’s product portfolio, with the launch of the second-generation Nest Protect smoke alarm, new features for the Nest Learning Thermostat, and a new app for Android and iOS.

The new Nest Protect includes a sensor that can detect the small particles generated by fast-burning fires, as well as the large particles from slow-burning fires. It also carries out automatic safety checks and allows users to silence false alarms from their phones.

The Nest Learning Thermostat is getting new features via a software update, including safety temperature alerts to warn users if their home gets too cold, and the ability see smoke and carbon monoxide alerts from their Nest Protect on their thermostat screen.

Meanwhile the new app has a new look and added features that make it easier to control Nest products, as well as the ability for users to view live videos of their home via a Nest Cam and record clips.

“We’ve built a portfolio of best-in-class products that each stand on their own while doing more together,” said Nest chief executive Tony Fadell. “The result? Energy saved, lives spared, and countless memories recorded and shared.”

The new Nest Protect costs £89 and is available for purchase at nest.com. The new Nest Learning Thermostat software will begin rolling out today and will take up to two weeks to reach Nest customers. The Nest app is available for free in the Google Play Store and iOS App Store.

Biometric technologies have been around for years, primarily providing physical access control or time and attendance. With the mounting integration of biometric readers into physical security network devices, such as desktops, laptops and mobile wireless devices, the shift has started a trend toward a more all-encompassing credentialing solution that strives to unify chief security officers (CSO) and their security colleagues. Another significant trend centers on the integration of biometrics into access card readers and badges that could be replaced with biometric devices.

Biometric devices quickly and automatically confirm the identity of end users by comparing patterns of physical or behavioral characteristics in real-time against enrolled computer records of those patterns. Leading technologies accomplish this by scanning data files of an individual’s fingerprint, hand, iris, palm or voice for authentication.

Many security industry insiders contend that biometrics enhance privacy by erecting a barrier between personal data and unauthorized access. Technically, biometrics-based capture devices create electronic digital templates that are encrypted, stored and then compared to encrypted templates derived from “live” images to confirm identity. The templates are generated from complex and proprietary algorithms and are then encrypted using strong cryptographic algorithms to secure and protect them from disclosure.

A number of post-9/11 federal government requirements are also driving biometrics into achieving dual functionality in both physical and logical security. For instance, with FIPS 201-1, CSOs are empowered with a tool to check the identity and status of individuals requiring access to enterprise or government resources. This increases capabilities beyond those of most legacy physical access credentials. It is important to understand the different authentication mechanisms and the levels of threat they mitigate. A CSO is in the best position to decide how to employ the FIPS 201-1 credential within the context of an overall security plan, bearing in mind requirements for throughput and operational and interoperability considerations for future expansions.

Converging physical and logical identity and access management enables organizations to more closely monitor which employees are requesting access to certain spaces and facilities, and not only when but also from where. In essence, identity convergence enables organizations to add a fourth factor of authentication. Traditionally, there are three possible ways in which employees can prove their identities: through (1) what they know via a password or personal identification number (PIN), (2) what they have via a proximity or smart card and (3) who they are via a biometric identifier. When physical and logical identity management processes are converged, companies can also use a fourth factor —where a person is — to verify identity.

This integration also simplifies assigning employees new privileges when they take on new roles. Administrators can simply delete individuals from one user group and assign them to another to grant physical and logical access to everything necessary for the new role. This prevents the time lag that generally occurs in starting up a new user account — a period in which employees are unproductive or tempted to borrow each other’s account in-formation, a clear violation of many compliance regulations.

Physical and logical convergence also enables companies to use the same credentials, such as a fingerprint biometric, for physical and logical access. This can lower the cost of access control accessories as one authentication factor can be used for both, achieving a significant return on investment.

Physical and logical convergence can also help organizations create more complete audit trails, enabling them to monitor not only the who, what, when and why of when confidential information is accessed, but the where and to whom as well. Security equipment manufacturers are moving rapidly to capitalize on a broad range of biometric applications, giving integrators an opportunity to help customers with much more than just security-related solutions. 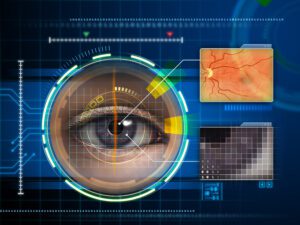 The global smart security market is expected grow at 18.6% CAGR over the next few years until 2019, according to Infiniti Research.

Also, the study mentions that terrorism has increased significantly in areas like the Philippines in the last few years, resulting in an increased number of deaths from 2012-2013. This has led to higher demand for smart security solutions.

The report emphasizes cloud-based video surveillance systems, which provide a more cost-effective and flexible solution for end users to invest in.

Smart security solutions are used to monitor the activities and behavior of people in areas that are more prone to unauthorized access or damage, such as enterprises, educational institutions, commercial buildings and utility infrastructure.

These solutions can secure an area from miscreants, terrorist activities and data theft.

London and the Home Counties

For Office and for Home